“According to independent news outlet Unicorn Riot, at least 20 protesters, or “water protectors,” have been arrested at gunpoint along with medics and two journalists. Police issued a one-time warning to “water protectors” that any trespassers would be arrested. The warning came after several people locked themselves to construction equipment in acts of civil disobedience on Tuesday.”

How Many Racists Are There in America?

No matter how many times America has a national conversation about race, the topic of actual racists rarely seems to come up. That is, racism is usually regarded as a major challenge facing America, but since no one will admit to being a racist and calling someone the R-word is regarded as the gravest possible insult, politicians generally shy away from identifying specific people or groups as fomenting prejudice.

Why water war has broken out in India’s Silicon Valley 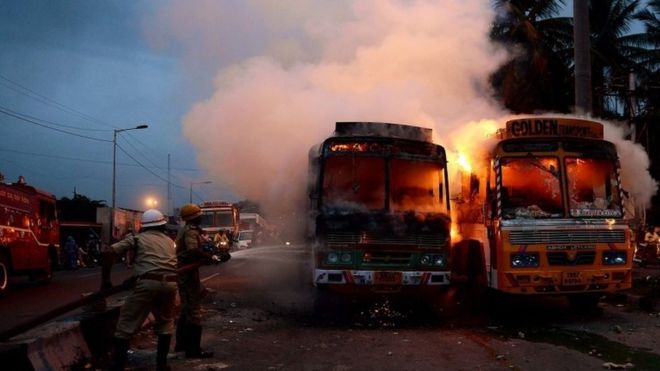 Violence has broken out in India’s technology hub Bangalore in Karnataka state over a long-running dispute about water. Protesters are angry at a Supreme Court ruling ordering Karnataka to share water from the Cauvery river with neighbouring Tamil Nadu.

20 Big Questions about the Future of Humanity

We asked leading scientists to predict the future. Here’s what they had to say