With black television’s resurgence, shows like Black-ish, Atlanta, Insecure, Empire, Scandal, and How to Get Away with Murder have been blasting through airwaves and our downloads. The next leap in black film and television naturally is the red-hot superhero genre.

2016 has given us Luke Cage (#coffee) as well as the promise of the blackest Disney-produced film since The Lion King, Marvel’s Black Panther. Misty Knight has captured the imaginations of millions of black women because of her complicated portrayal in Netflix’s Luke Cage, and she’ll inevitably appear in next year’s Iron Fist TV Show. It seems like a new era of the superhero is upon us. 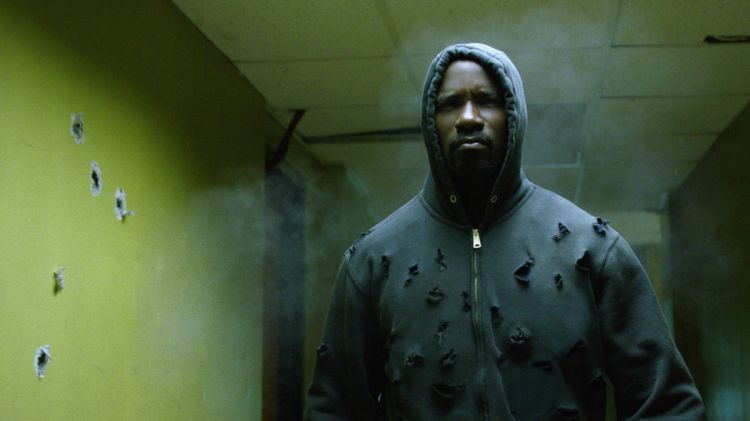 But twenty to thirty years ago, the superhero genre appeared to be dead on arrival. Movies like Steel, Spawn, and oft-ridiculed Batman and Robin (not even Arnold could save the Batman) all were considered box office flops. It seemed the superhero movie was going to die a slow and painful death. At that time, Marvel’s last big-budget film had been Howard the Duck (a movie that hinted towards bestiality, good job Marvel). It was considered a box office flop when it hit theaters in 1986. As a result, Marvel started banking its name and fortune on critically-acclaimed cartoon shows like Spider-Man and The X-Men. Meanwhile, Hollywood wouldn’t touch the superhero genre. It seemed that the Avengers and Suicide Squad era would never arrive.

Then, the seemingly unthinkable happened.

In August 1998, New Line Cinema and Marvel released Blade, a film starring Wesley Snipes, N’Bushe Wright, Stephen Dorff, and Kris Kristofferson. A film produced and choreographed by Snipes himself. A film with two black leads, one male, and one female, released for mainstream audience consumption. It was an instant success and quickly spawned a series that has made close to half-billion dollars globally.

A new dawn had arrived for the superhero genre.

The Blade character was a mid-level Marvel superhero created back in the 1970s during the blaxploitation era. In the 1998 movie, Blade’s background, abilities, and personality were altered and updated for a 1990s vibe. This movie was all about 90s swag, and Wesley Snipes’ portrayal of Blade is still one of his career highlights. Although Denzel Washington and Lawrence Fishburne were considered for the lead role, Wesley Snipes (who had been established since the early 90s) would be the one to star in the movie. 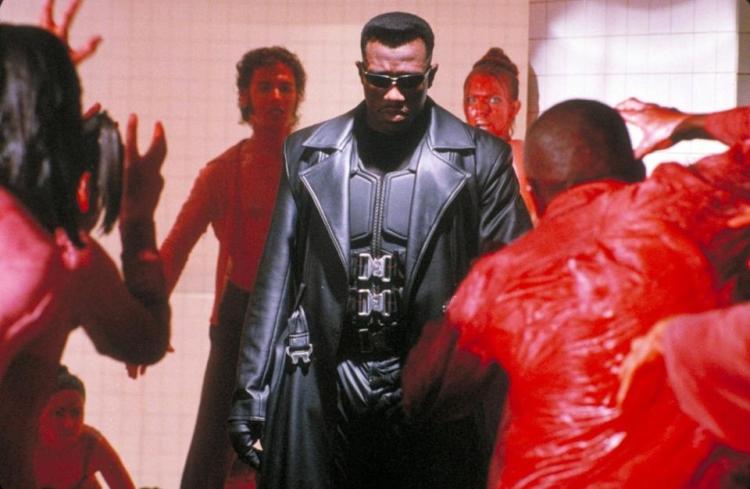 This movie would define the action-horror genre and give birth to the superhero film renaissance of the 2000s and 2010s. Blade was the Matrix before the Matrix. Its influence was widespread. For example, Blade gave filmmakers the idea to dress some of Marvel’s greatest superheroes, like the X-Men, in all-black uniforms in their film versions. It single-handedly saved the superhero movie genre and led to Marvel’s current domination in film and television. With Disney’s unlimited bank account at their disposal and over 60 years of comic book history, the Marvel movie train doesn’t appear to be slowing down.

The Legacy of Blade

Unlike today’s big-budget Marvel flicks, Blade was made on a shoestring budget but quickly earned $131.1 million worldwide. It was an immediate success at the time of its release, immortalized Wesley Snipes as a black superhero, and has developed a cult-like status among superhero films. Blade, simply stated, is a black superhero movie on fleek.

The film series has made close to half-billion dollars globally and proved that black lead characters are marketable and profitable when the story and characters are well-constructed. The least financially successful of the three films as Blade Trinity, which limited Snipes’ screen time to focus on characters portrayed by white actors Jessica Biel and Ryan Reynolds. Notably, Reynolds would go on to star in the rated-R smash hit Deadpool. However, it’s often forgotten that Blade, not Deadpool, was the first adult-oriented superhero film that was critically and financially successful. Now that Marvel fully owns the rights to the Blade franchise, Snipes is in talks about reprising his legendary role.

As we look towards the ‘All black everything’ superhero movie Black Panther in 2017-18, we should recognize that it owes its expected success to the Blade franchise. The entire MCU and DC film-verse owe its current financial and commercial success to the Blade films. If it had bombed at the box-office in 1998, there would have been no X-men, Spider-man, or Batman movies. Hollywood would have steered clear of any movie dedicated to the comic book genre.

This is why Blade is essential, although it’s often under appreciated for what it achieved. For better (The Dark Knight) or worse (Batman v. Superman), the superhero movie is here to stay for the foreseeable future. Blade remains the unsung hero of the comic book movie franchise. Plus, he is still one bad-ass mofo and represents 90s #blackboyjoy. Let’s hope Wesley Snipes reprises or reboots his legendary role in this new era of Luke Cage and Black Panther because he’s the only person who can deliver such a nonsensical line like this and make it sound so badass.

“Some motherfuckas are always trying to ice-skate uphill.” – Blade