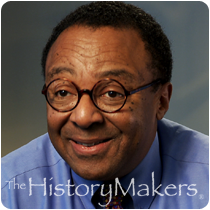 Welcome to the Evolving Man Project’s ‘Evolved Man of the Week’ profile. Each week, we highlight an individual who embodies what it means to be an evolved man, famous and non-famous men alike. The world needs to know their stories and deeds. This week’s honor goes to the journalist, author, syndicated columnist, cultural critic, veteran, and fellow Chicagoan, Clarence Page. For almost five decades, he has been a writer for the Chicago Tribune reporting on race, culture, and politics. Mr. Page talks about being fed up with having to answer for the over-reported murder rate in Chicago by white conservatives and critics:

“I’m just tired of hearing your usual one-note analysis and solution: Black people are having too many babies out of wedlock. Hey, do you ever ask what happened to the jobs that used to enable workers to support a family? Do you ever notice how the poverty, crime, opiate addiction and out-of-wedlock birth rates are growing among poor whites, too? When are you people going to pull yourselves up by your bootstraps?”

He contends that tough on crime policies aren’t the answer. Perhaps poverty alleviation, education, and true job creation for underserved communities would ease the violence plaguing many cities and towns across the country, including Chicago. He derides the conservatives who criticized New York City ending its racist and highly controversial stop-and-frisk program.

“Yeah, but you’re not talking about Black Lives Matter and kids with cellphone cameras waging war on the police. The cops are afraid to get out of their patrol cars for fear of winding up on YouTube.

Frankly, some of them should fear winding up on YouTube, considering what we’ve seen on YouTube already.

But I notice you’re not talking about how New York’s Mayor Bill de Blasio pulled back on the city’s aggressive stop-and-frisk profiling policy on the streets last year. Conservatives howled, but so far homicides have continued to decline.”

Clarence Page born in Dayton, Ohio; he sold his first stories to local newspapers right after graduating Middletown High School. He would go on to earn a B.S. degree in journalism from Ohio University. He served in the U.S. Army in the press office at the 212th Artillery Group, Fort Lewis, Washington. He’s worked as a columnist for the Chicago Tribune since 1969. Through his five-decade career, Mr. Page has appeared as a panelist on the McLaughlin Group (A personal favorite show of mine), served as a contributor to the PBS Newshour columns page, and has a commentator on NPR’s Weekend Edition Sunday. Through the years Mr. Page has received numerous awards and honors, including honorary degrees from Columbia College Chicago, Lake Forest, and Nazareth Colleges. He’s also a two-time Pulitzer Prize winner and won the Edward Scott Beck award during his many years in journalism. Mr. Page’s witty and honest cultural critique is still relevant in the Age of Trump.

“…if Miller thinks blacks have made plenty of progress, her candidate Trump seems to think we haven’t made any. He still preaches an oddly backhanded invitation to black voters, mostly in front of white audiences: “What the hell do you have to lose?”

Clarence Page has managed to stay relevant about race, culture, and Chicago for almost 50 years and he has been the voice of reason in the oft-conservative leaning Chicago Tribune Newspaper. Today, we honor Clarence Page has this week’s Evolved Man of the Week.