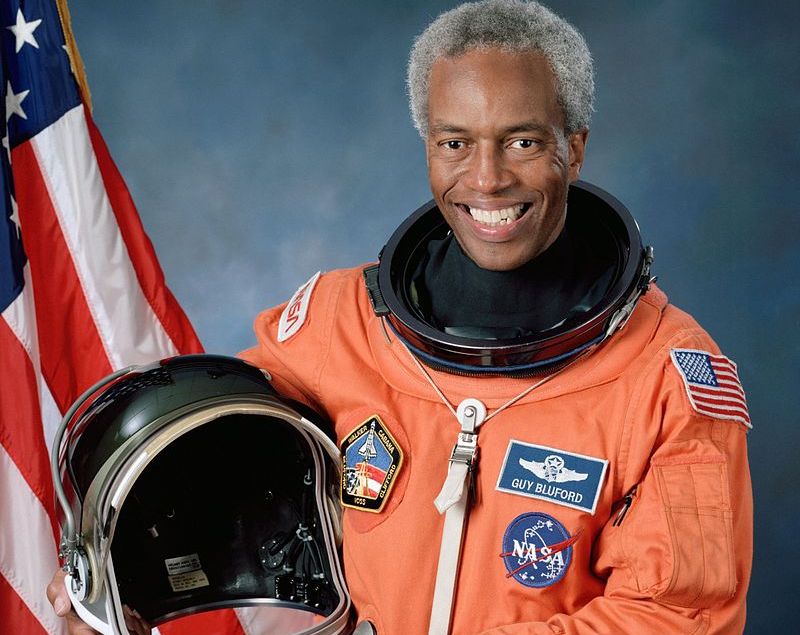 Welcome to the Evolving Man Project’s ‘Evolved Man of the Week’ profiles. Each week we will highlight an individual that embodies what it means to be an evolved man, famous and non-famous men alike. The world needs to know their stories and deeds. This week’s honor goes to aerospace engineer, U.S. Air Force officer, Vietnam veteran, fighter pilot, and NASA astronaut, Dr. Guion Bluford.

Dr. Bluford received his pilot wings in January 1966, and flew 144 combat missions during the Vietnam War and retired as a Colonel from the United States Air Force. Bluford was chosen out of thousands of possible candidates in 1979. He completed four missions and has logged over 688 hours in space as his time as an astronaut.

During the years Dr. Bluford has served on numerous boards from the Board of Directors at the U.S. Space Foundation, the board of advisors for the Coalition for Space Exploration, and countless others. During his lifetime Dr. Bluford has received many award and decorations over his prestigious career: this includes; Legion of Merit, Air Force Meritorious Service Medal, National Society of Black Engineers Distinguished National Scientist Award, and  Ebony Black Achievement Award, and countless others. He has also received numerous honorary doctorate degrees from Florida A&M, Texas Southern University, Kent State, and many other universities and colleges.

Here is Dr. Guion Bluford in his own words about becoming one of the first black NASA astronauts:

“I wanted to set the standard, do the best job possible so that other people would be comfortable with African-Americans flying in space and African-Americans would be proud of being participants in the space program and… encourage others to do the same.”

Today we honor Dr. Guion Bluford has our Evolved Man of the Week.