Iran’s ‘blue girl’ dies after setting herself on fire

The woman’s self-immolation has led to a lot of debate in Iran.

Masoud Shojaei, the captain of the Iran men’s football team, said on Instagram that the ban is “rooted in outdated and cringe-worthy thoughts that will not be understood by future generations”.

“You can’t talk about Zimbabwe without Bob. Zimbabwe is Bob. It took a man like Bob, his bravery, to get independence,” said Norman Gombera, 57, a school principal in Harare. “Bob did his best under the circumstances. There is no country without a problem.” 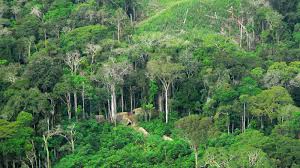 “I respected him greatly—he was a very brave man,” Bowman told Earther. “His death highlights how standing up for environmental and indigenous rights protection can cost people their lives.”

Astronomers Find Water on an Exoplanet Twice the Size of Earth

That concern is why K2-18 b is “a huge deal,” Cowan says, despite its distinctly unearthly and somewhat unhospitable state. “It suggests the most common planetary real estate in the universe can also be habitable—not only with atmospheres but with water vapor, too.”