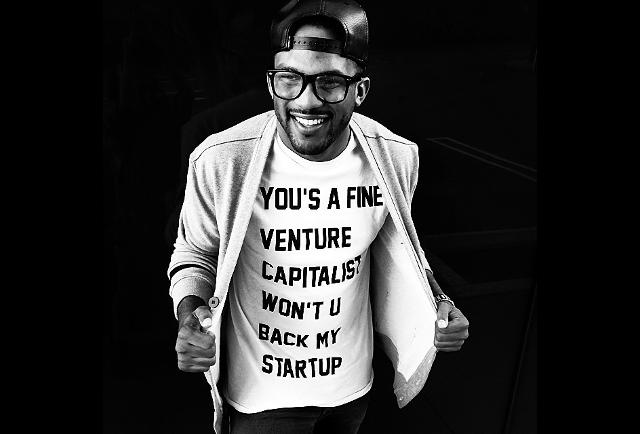 Welcome to the second edition of the Evolving Man Project’s ‘Evolved Man of the Week’ profile. Each week, we will highlight an individual that embodies what it means to be an evolved man, famous and non-famous men alike. The world needs to know their stories and deeds. This week, we honor marketing guru, entrepreneur, and Twitter celebrity Everette Taylor. His story is the classic rags to riches, but he still stays humble. Everette wants to bring those historically left out corporate America with him. He was homeless and living in his car at age seventeen. Ten years later, he’s rubbing shoulders with the who’s who of Silicon Valley and being featured in Forbes and INC.

His story is inspirational and uplifting to his 300,000 plus Twitter followers and those that will hopefully learn of his story. He is the true definition of #BlackBoyJoy. Here, Everette explains what it means to keep evolving in a professional environment.

“I’m also a big believer that growing companies is a team sport. I’m humble enough to know when to take a step back or ask for help from those with more expertise. I regularly ask for feedback from colleagues and friends.”

During his period of homelessness, Everette found hope and compassion in the kindness of others who had the least to give.

“I think my upbringing was great for teaching me empathy. Growing up without much taught me a lot. Some of the kindest, most genuine people I ever met were the ones who had the least.

At the age of 17, I actually ended up being homeless and living out of my car for a while. And I discovered that people on the street would share the only food they had with me.”

Forbes Magazine did an interview with him last year. He’s compassionate about changing the face of what a successful entrepreneur looks like in America. As more and more women and people of color obtain advanced degrees from America’s best universities, Corporate America will have no choice but to change. Everette Taylor is one of the young men at the forefront leading that change inside the tech industry.

“Taylor has spent a lot of energy trying to reverse gender and racial disparities in the tech industries, especially as women and people of color navigate “the game.” Do they play it? Change the rules? Make their own game? Or something else? He thinks it’s a combination of all the above. “You play the game as-is and use it as an opportunity to learn and see what needs to be improved. But don’t be naive, know the game you’re playing,” he said, underscoring that the rules must be changed systematically.”

Today, we honor Mr. Taylor as this week’s Evolved Man of the Week.