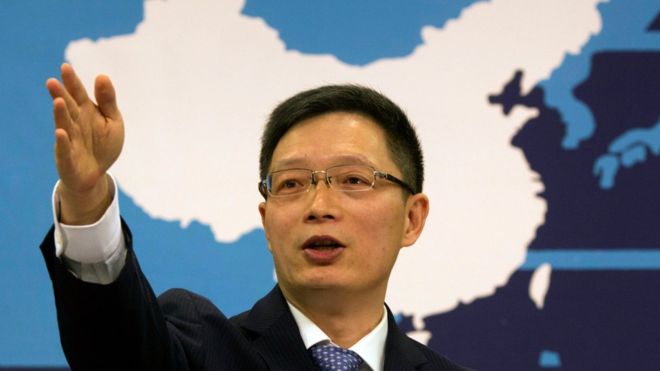 The signatories of at least two online petitions organized through university alumni networks are infuriated by the Beijing prosecutors’ decision last Friday to drop charges against five police over the death of Lei Yang, a 29-year old graduate of prestigious Renmin University, in police custody in May. The five police were previously accused by investigators of using improper force and covering up Lei’s death.

We could ask why Trump’s Nazi following is surprised he’d say “Happy Hanukkah” but that would be asking the business community why they are surprised Trump conned them. Adolf Hitler left a lot of people feeling conned too.

And Nazis shouldn’t feel bad. Their Fuhrer is busy trying to con Israel too, just like he tried to con American Jews, who by and large rejected him. Trump is a con man. It’s what he does.

Shamed and Abandoned: The Fate of Syria’s Female Ex-Inmates

Women being held in Syria’s government prisons report psychological abuse, sexual assault and torture. But for many, the emotional and physical suffering they experience after their release is even worse.

Here’s what magic mushrooms do to your body and brain