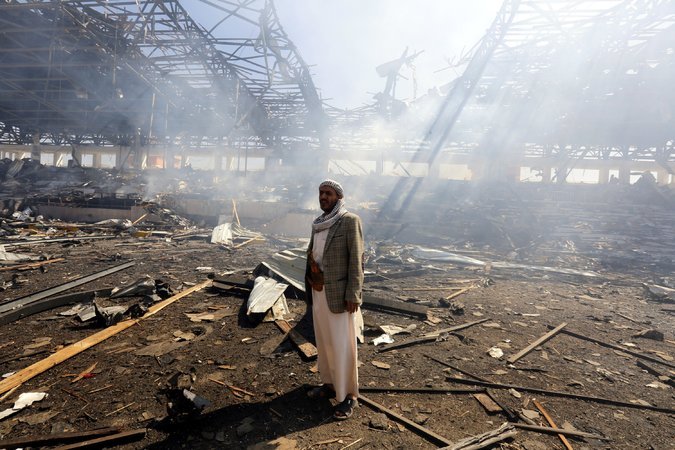 It’s worth noting that the data came from exit polls, which are often imperfect. However, they do show that race and gender remain key players in American elections. Perhaps the biggest takeaway from Tuesday night’s intense governor race is that womanhood is not always a political unifier. Furthermore, progressive candidates will have to target demographic audiences in more complex and empathetic ways to fare well in the 2018 elections.

“African oligarchs do a lot more than accepting bribes,” AIPC notes. “What we unearthed indicated that these elites have, to some extent, morphed into the very colonialist plunder structures that they replaced.”

“Humanitarian supply lines to Yemen must remain open,” said Robert Mardini, the Red Cross’s regional director for the Near and Middle East. “Food, medicine and other essential supplies are critical for the survival of 27 million Yemenis already weakened by a conflict now in its third year.”

This Scandinavian sci-fi thriller is dark as hell, in the best way

Director Joachim Trier (“Louder Than Bombs”) connects Thelma’s emerging powers to the natural world — flocks of birds, in particular — and sets a chilling psychological showdown in the windswept Norwegian countryside. It’s everything “The Snowman,” that other recent Oslo-set noir, was not.