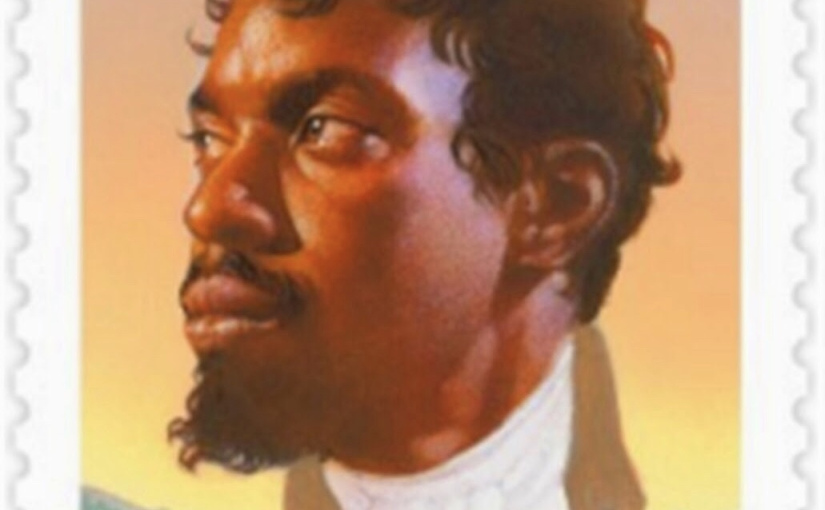 Welcome to the “Black History Month” edition of the Evolving Man Project’s ‘Evolved Man of the Week’ profile. Each week in February, we will highlight a historical black male figure that embodies what it meant to be an evolved man, famous and non-famous alike. The world needs to know their stories and deeds. This week’s honor goes to the trader, farmer, and the Father of Chicago, Jean-Baptist Point Du Sable.

He was born in Santa Domingo (Haiti) around 1745. His father was a French sailor–some sources say a pirate–and his mother, an enslaved African. According to legend, when Jean Baptiste’s mother was killed during a Spanish raid, the boy swam out to his father’s ship to take refuge. After that, the older Du Sable took his son to France to be educated.

Along with a friend, Jean Baptiste arrived in New Orleans in 1764. The two young men became traders, journeying up the Mississippi and through the Midwest as far as present-day Michigan. During this time, Du Sable married a Potawatomie woman and became a member of the tribe. The Potawatomie called him the “Black Chief.”

Sometime after 1770, Du Sable moved to the region known as Eschecagou–which visitors mispronounced as “Chicago.” He built a trading post at the mouth of the local river, near where the Tribune Tower now stands. During the American Revolution, he was forced off his claims and briefly interred by the British. He wound up operating a different trading post in Michigan.

DuSable reclaimed his Chicago property at the end of the war. Besides his 22 x 40-foot residence, he built two barns, a mill, bakery, dairy, workshop, henhouse, and smokehouse. He sold pork, bread, and flour. As an adopted Potawatomie, he enjoyed good relations with the native peoples. Many of them worked for him.

In 1800, he sold out and moved to Missouri, where he continued as a farmer and trader until his death. But his 20-year residence on the shores of Lake Michigan had established his title as Father of Chicago.

Several Chicago institutions have been named in honor of Point du Sable. Du Sable High School opened in Bronzeville in 1934. The DuSable campus today houses the Daniel Hale Williams Prep School of Medicine, and the Bronzeville Scholastic Institute. Dr. Margaret Taylor-Burroughs, a prominent African-American artist and writer, taught at the school for twenty-three years. She and her husband co-founded the DuSable Museum of African American History, located on Chicago’s South Side, which was renamed in honor of Point du Sable in 1968.

Du Sable Harbor is located in the heart of downtown Chicago at the foot of Randolph Street, and DuSable Park is a 3.24-acre urban park in Chicago currently awaiting redevelopment. The project was initially announced in 1987 by Mayor Harold Washington. The US Postal Service has also honored Point du Sable with the issue of a Black Heritage Series 22-cent postage stamp on February 20, 1987.

Today we honor Jean Baptist Point du Sable as our Evolved Man of the Week.