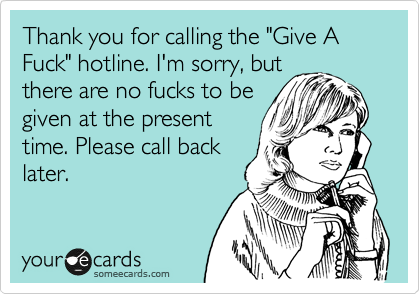 This year, I’ll be inching closer to 40 years old. To be honest, I never thought much about turning forty in my youth. Hell, I didn’t think much about my late 30s when I turned 30 in 2013. I know countless people never got to see their 40th birthday, from famous celebrities to regular everyday individuals. I’m a little over two years away from my 40th birthday. It’s insane to think about. If I’m lucky, I’ll get to see a few more decades.

Although getting older, you definitely hope you’ve become a more mature, thoughtful, and well-rounded person. This doesn’t mean evicting your inner child (I still enjoy video games, sci-fi, Ninja Turtles, and pro-wrestling). But it does mean by the time you hit your thirties, you should have figure out who they are as a person. Of course, we will change throughout our lives. But your true sense of self usually comes in your thirties. It’s an age that finally comes with being content with who you are because you’ve found who you are. At 30 the teenage angst period is gone, and the learning how to adult 20s is now behind you. I obviously understand. I’m in a privileged position to even reflect upon this because my basic needs are met. Everyday I fight for a world where all people, no matter their age, have their basic needs met. For those of us who have reached that point where we have found or accepted who we are as a person. I say the best thing about aging is getting to a point where you don’t give a fuck.

Now, not giving a fuck isn’t a free pass to be a total asshole to those in your social circles or to strangers. Not giving a fuck is not about tearing others down to build yourself up. It’s not about being petty or toxic either. It’s damn sure not about being a bully or harassing people, even if you can get away with it. Not giving a fuck means aging gracefully and navigating this strange trip we call life with confidence in yourself about the person you are rather people like it or not. If your opinion isn’t the popular one, fuck it, as long as you can back it with evidence. (Haters gonna hate). Here are a few steps for you to understand how lovely it is to not give a flying fuck.

I. Not caring what others think about you (This goes for friends, family, or co-workers)

II. Stop judging others (This is a hard one, but I admit I will judge someone if they’re a homophobe, racists, sexists, or a pedo. But if someone dyes their hair magenta, watches Real Housewives religiously, or sleeps around while practicing safe sex. Who am I to judge? I’m not better than anyone else)

III. Stop trying to people please (In life if you spend your days trying to make everyone from your children, partner, family members, boss, or neighbors happy, you’re gonna be a miserable human being. You can’t make everyone happy. That’s impossible. Just take of your business and let the chips fall where they may.)

IV. Do you (Yes, just know everyone is a little strange. That’s fine; embrace your weirdness and wear it as a badge of honor. I’m wearing a Kool-Aid Man t-shirt as a write this. I said it before; I’m sure someone as flawless as Rhianna probably has some strange quirks about them.)

Now to come to a close. I want to add the caveat that growing old doesn’t always equate to becoming wiser. True, no one person knows everything, but everyone knows something. I’ve met folks far younger than me who had their heads on straight. I wish I did when I was fucking around in my 20s. I’ve also met people who are far older than me who are morons and quite possibly terrible human beings due to their actions. If anyone under 18 reads this, just know almost everything adults told you during childhood about how the world works is utter bullshit.

Just think about it. The United States did once make Donald Trump the president. That’s not on young people. It’s all the grown ass citizens that vote the highest numbers. So, you have one life to live, and if you’re lucky, you’ll see your 40s, 50s, 60s, and beyond. So at the end of the day, the biggest piece of mind one can have is not to give a fuck!