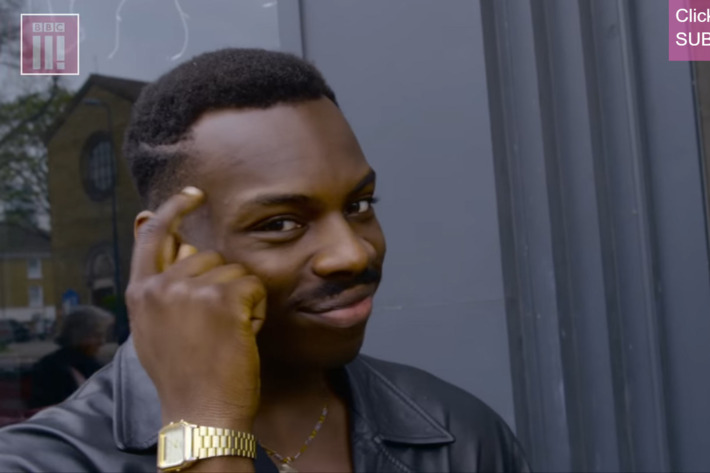 A while back, I wrote a piece titled “Random Thoughts on Black Men.” In that article, I wondered why are so many black dudes are afraid of dogs and seem to always wear socks with their sandals. Well, I’m back to ponder the meaning of more random shit that is exclusive to my fellow black men. Now, these musings aren’t accurate for every brotha on the planet. As a black man, I’m quite aware of the false stereotypes that hinder black men in America and the world over. However, there are things I still to this day wonder about when it comes to black dudes. Why so many black dudes are on some Hotep shit, and some black men feel the need to condescend to dark-skinned women.

For those who don’t know what the word Hotep means, my man from Very Smart Brothas, Damon Young, breaks it down brilliantly in this piece. Hoteps seem to think that all slave-descended black folks are from Egypt and were once all kings. They believe other bullshit too, like single mothers being the downfall of the black community.

Sadly, it seems Hotepry is on the rise. Folks like Umar Johnson and David Banner still get speaking gigs and have many followers on Twitter. So let it be known that Egyptians and Egypt are in North Africa. Even the black Pharaohs who ruled Egypt toward the end of that civilization were from Sudan, the same Sudan that happens to be in East Africa. Finally, indigenous West Africa tribes most likely had chiefs and councils that ruled their lands before European colonization. It’s no different from white folks who claim they were Queen Elizabeth in a previous lifetime. They’re wrong, and most brothas who claim we were all kings are damn crazy, too. We all probably descended from goat farmers and shit.

Finally, about Hoteps, I was in danger of becoming one during my service days. I started hanging out with all these brothas who’d have faux “Black Power” stances and say “god damn the white man.” Two things saved me from the Hotep fate.

“You’re pretty for a dark-skinned girl.”

During my young and single days, I was dating older women. One day, my sister (who is also a dark-skinned black woman) asked me to show her a picture of my current love interest. She was flabbergasted that said woman was also dark-skinned. My sister proceeded to tell me that she thought that since I was a University of Chicago grad and educated brotha, I’d be dating a light, bright, and damn-near-white woman. No offense to my light skinned and mixed-race sistas out there.

I could have taken offense to my sister’s comments, but I understood where she was coming from with this train of thought. Many “so-called’ successful black men date and marry bi-racial, Latina, and white women. Our dark-skinned sistas often have to deal with the timeless underhanded compliment, “You’re pretty for a dark-skinned girl,” which suggests that dark-skinned women can’t be ‘pretty.’ It’s a ton of historical context explaining this type of thinking.

I won’t be the first to say that women like Viola Davis, Aja Noami King, Lupita Nyong’o, and countless other non-famous dark-skinned women are beautiful. There are lovely people of every complexion. However, someone as beautiful and famous as Lupita has to deal with brothas like Gilbert Arenas calling her ugly. It’s a strange double standard: dark-skinned brothas, like ‘man crush’ Idris Elba and Mike Coulter, are considered sex symbols, but a woman like Lupita is the exception to the rule. Brothas, we can do better and appreciate that beauty comes in all shades. Shout out to Aunt Viv Number 1!