I’m Not Racist But…

Social media has solidified what I’ve always known: that racists, come in all shapes and sizes. You have liberal bigots, wealthy bigots, conservative bigots, poor ones, lady bigots, Republicans, Democrats, socialists, and everything else under the sun. Also, you realize thanks to social media that #WhiteFragility is always on and poppin’.

I once co-wrote a blog post for my company, speaking on the glaring racial gap in the outdoor industry and big-green environmental organizations. Despite the diversity of my work-related blog posts over the years, this one got the most heat from in their feelings bigots. Funny thing is that my fellow co-author was a young white man. This article drew dozens of comments that only proved the point of the article. I recently received a Facebook message from man a claiming I said hiking was racist.  This person called me a ‘racist’ for writing such an article before going into an Alex Jones type rant that ended with him calling me a boy. These tactics are often used by bigots online and in real life. This article will help identify racist things that people will tell you online or in person while claiming they’re not racist. Shout out to Donald J. Trump!

In this Post-Obama era, it’s more of an issue for racist people to be called a racist, versus actually being a racist. I will present a list of eight phrases that racist people will people say to you online or in person to deflect their bigotry. So, without further ado.

Two: Not All White People

Of course, not all white people are racists, but very few white people call out each other on their racist views. To the ones that do, right on. You’re like the Marines; the few, and the proud.

White slaves masters had slaves living in their quarters. And many had nonconsensual sex (That’s called rape folks) with their slaves. White people living with their slaves didn’t end the institute known as slavery. The Civil War and the Industrial Revolution did.

Four: I have a black family member.

Five: I have a black friend

Dylann Roof had a ‘black’ friend, and he still murdered a group of black churchgoers one the nation’s most tragic hate crimes. Strom Thurmond fathered a black child, while he was pro-segregation during the Civil Rights Era.

If someone tells you this, then they probably have racist views and believe negative stereotypes about black folks. When you’re a black person that doesn’t match the stereotypes, then you somehow must be a ‘special’ Negro. This can lead to Magic Negro syndrome. Shout out to Lee Daniels!

Racism– Prejudice, discrimination, or antagonism directed against someone of a different race based on the belief that one’s own race is superior.

In the United States, racism is a system of advantages based on race. Whiteness is the historical racial standard bearer. Thus they have a systematic advantage based off, the racist society we live in, i.e., #whiteprivilege. Yes, white people face many hardships like all people do, but it’s not due to their skin color. Cops never shoot random white folks in routine traffic stops or ban them from playing in the NFL for kneeling. But racist white people love to claim that’s a thing called reverse racism but it doesn’t, exist like bigfoot or an actual “free-market” system.

Eight: Donald Trump is doing a great job as president.

This speaks for itself. 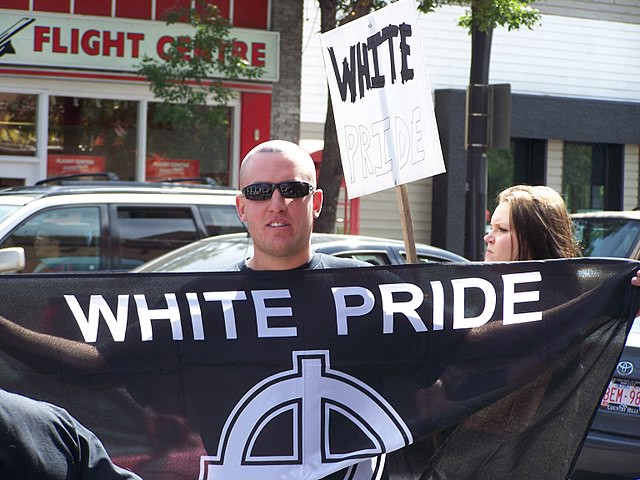