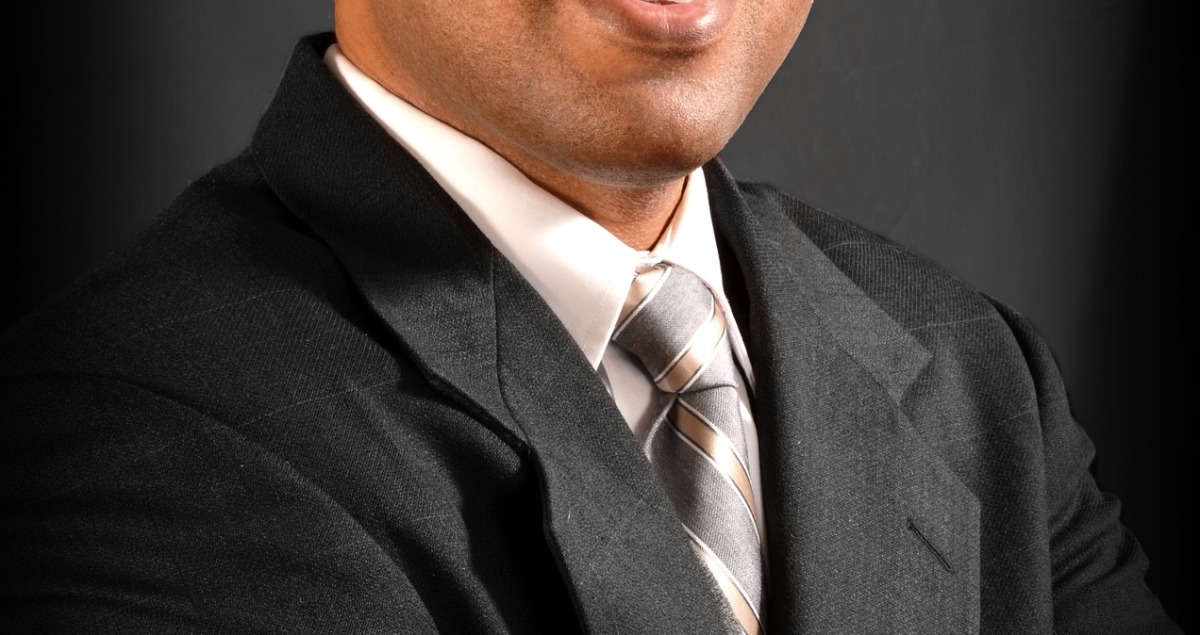 I want to say thank you to the hippie-commie Marxist black-radical named Lornett Vestal. He’s been running this radical leftist site called the Evolving Man Project for the last four years. I don’t know what’s worse a liberal or a damn socialist ‘Bernard Brother”. But I’m thankful he decided to let me voice my opinion during this important moment. I’m an African-American man, but I’m not happy about it. I want to say, MAGA my NAGA!

There is no more racism. That ended when MLK said, “I have a Dream”. When a scared cop shoots an unarmed innocent black child in the back, that’s freedom. Us blacks shouldn’t be such scary people. Even Tiger Woods frightens me a bit. Only those losers in the ghetto complain about racism holding them back. Maybe they should stop doing crime and being babymommas. Now, I don’t see race. People tell me I’m black and I believe them because I know how to do the Electric Slide, play basketball, and love Popeyes Fried Chicken.

I’ve been working at Goldman Sachs Atlanta for several years, and I’m the newly minted Vice President of Public Relations. The first African-American to do so. The views and opinions expressed in this letter are all my own and do not reflect my employer. Although, I hate living in Wakanda. I’m glad that Mr. Vestal allowed a conservative like myself to voice my opinions on this radical leftist site. We need balance in the world, and I’m here to represent the perspective of free-thinking black men and women. I say, men and women because God made only two sexes. It’s Adam and Eve in Genesis, and that’s that. Now, I will state that I’m a fiscal conservative with libertarian leanings. Get big government off my back. But dammit, we need the military to continue to get that black gold in Middle East and the police to keep our gated communities safe. I say kick their ass and take their gas!

If Lornett had it his way, he’d take away my massive AR-14 gun collection. Like the rest of the Dummycrats. Now, I was a fan of Kamala Harris’s Law and Order stances. And like our Great President, Donald J. Trump, I even donated to her campaign in 2011. But thanks to Bernie and the rest of the fouled-mouth ‘I hate America’ Squad, that intelligent woman has come under the influence of the Radical Left! Even Creepy Uncle Joe said “I ain’t black if I don’t vote for him.” I am black dammit! Old Joey is a bigot!

Kamala would have made a tremendous black republican. We Black Republicans are free -thinkers because we’ve gotten off the DNC plantation and moved on up to the Republican Party Plantation. It’s like moving into the Big House with Boss. These are good white folk! I wish our dear sister Kamala Harris would have too. I was saddened to see that traitor Colin Powell parade around with the Democrats yet again. I did vote for Obama in 2008, but that was a tragic mistake. He just wanted to give handouts to the lazy takers, like those ignorant black people in Chicago, a city in ruins because Democrats run it! Unlike the great state of Georgia and our fearless white leader Brian Kemp. That liberal Stacey ‘I write Feminazi chick-lit‘ Abrams claimed that honorable Kemp stole the election here. He didn’t steal anything that’s fake news! Only Negroes steal, stuff. Now she’s paling around with Republican traitors like Mike Bloomberg. I was a huge fan of stop and frisk. It reduced crime, and I hope our dear leader the ‘Great White Dope” Donald Trump makes it a national law to clamp down on these triggered-anarchists led “black lives matter” protests. All lives matter, and Blue Lives Matter, dammit! Why are they looting and destroying buildings? Those buildings never hurt anyone. Buildings have feelings! They’re a bunch of violent thugs. Even Obama said that! And I agree with him.

Little black children need heroes like Herman Cain. That man is a martyr, and he didn’t let the lie of the Chinese virus stop him from supporting our country and president. What about that smart and brilliant young lady named Candace Owens. If I wasn’t married and she actually liked black people, I’d be the first one in line to ask her hand in marriage. She’s such a true conservative that the Republicans couldn’t handle the truth bombs she’d dropped so they didn’t invite her to the Republican National Convention. I can’t believe that Dave Chappelle said those awful things about that woman. He should be ashamed of himself, and his show was just race hustling anyway. Plus, he ruined Wayne Brady!

I still prefer the clean and wholesome comedy of Bill Cosby, and I know the Democrats set him up. It was the liberal media’s fault he’s in jail like that pervert R. Kelly. They didn’t like him telling real truth about black gangster BLM thugs stealing all the pound cake. Free Bill! Lock up, Killary Clinton, instead! Finally, on black heroes, although I’m no fan of hip hop music – I like a little jazz circa 1975 myself – I will say Kanye West is moving mountains. He’s a man of God with a beautiful white wife. Hell, I might have joined the Birthday Party myself if it wasn’t make-believe. Black folks need to stop letting the DNC fool them. They have done nothing for us. They kept us in a state of needing handouts and being “woke.” Well, I’m awake darn it! Free your mind and take the red pill black people!

The last thing I’d like to write about is our dear President, Donald J. Trump. I watched the DNC convention, appalled at how they spoke ill of our country and fantastic white president. I don’t want to live in a nation where we have to use pronouns, go vegan, dance like Ellen, recycle, and drink soy milk lattes. If Donald J. Trump is so racist, why did all the rappers shout him out in their songs before he became the president? He’s been the best president for black people, native Americans, and Latinos! He’s done more for black people than President Lincoln! He has a beautiful family, especially his Minnie Mouse sounding daughter, Ivanka. If I weren’t married, she’d be the first on my list: those long legs, beautiful blond hair, and the voice of an angel. No wonder Trump said if she weren’t his daughter, he’d date her. If she were my child, I would date her too!

So thank you, Lornett Vestal, for letting me bring some real truth to this commie-scum website. To my black people, quit falling for the crap the DNC peddles to you. Instead, fall for the crap the RNC peddles. I will be at the Republican National Convention in person this week. I hope I can get a picture with The Donald and his lovely offspring, Ivanka. We are not afraid of the Kung Flu Virus! Merica!

Don’t tread on me,